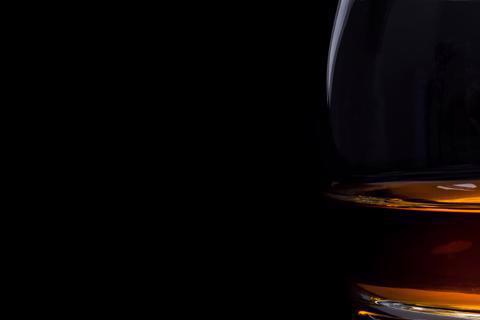 Port Dundas is sadly no more. It was closed and demolished in 2011 by its owners Diageo when they decided to consolidate their grain whisky production at Cameronbridge. Whilst the business rationale behind that is probably very sound, it is a real shame that this famous Glasgow landmark is now deceased. Opened way back in 1811 it is doubly sad as the distillery was celebrating its 200th anniversary. When you think of the wars, depressions, recessions, social changes and huge whisky booms and busts that it has survived it's slightly ironic that it was finally closed in a time when the Scotch whisky industry has never been in a healthier state, and its owners never more prosperous.

Port Dundas distillery itself was certainly seen as a landmark when it opened as it sat on the highest point in Glasgow and towered over the city. In the 1860s it was merged with the Cowlairs distillery next door and then in 1877 became one of the founder members of the DCL group (which eventually became Diageo). By 1885 its mixture of column and pot stills made it the largest distillery in Scotland and production was flat-out to keep with the global boom in blended whisky. The location was perfect for the bottling; blending plants were close by as was the huge port of Glasgow used for shipping the whisky to the four corners of the world. In 1902 another neighbour Dundashill was merged into the complex.

Dundashill at that time had the largest production of Single Malt whisky and at this point, it's hard to fathom the size of the combined site. The complex could also boast at the time the world's tallest chimney which was 138 metres tall!   The 20th century was tough for many Scotch Whisky distilleries, and two fires in 1903 and 1916 destroyed much of the facility - thankfully Port Dundas was rebuilt and thrived. It even managed to survive the Luftwaffe’s intense bombing campaign of 1940 and 1941. Once the war was over it was onwards and upwards and at one point was producing 39 million litres of spirit which was needed for the Haig, Johnnie Walker and White Horse blends amongst others.

We've always found older whiskies from this closed grain distillery incredibly smooth to drink. They have unique complexities which whilst not as in-depth as a Single Malt are still rewarding in their own right. Port Dundas typically has notes of vanilla and caramel with a lovely mouthfeel and texture. An incredible chance to purchase such an old Cask (2000) this is worth re-gauging and sampling upon purchase but be in no doubt the liquid is excellent. Our eyes always light up when it is a closed distillery because there is only a finite amount of stock and one day it will all be gone.

One last thing to consider is that this Port Dundas Distillery has a lot of history and even if many people don’t realise it right now that can certainly change. The legend of Port Dundas could certainly grow over the mists of time.

To find out more about purchasing Port Dundas casks, contact The Masters today!