Sales and Marketing Manager Myriam Mackenzie had the pleasure of returning to her Scottish roots on a recent trip to Scotch-land, where she enjoyed visiting a few fantastic distilleries. 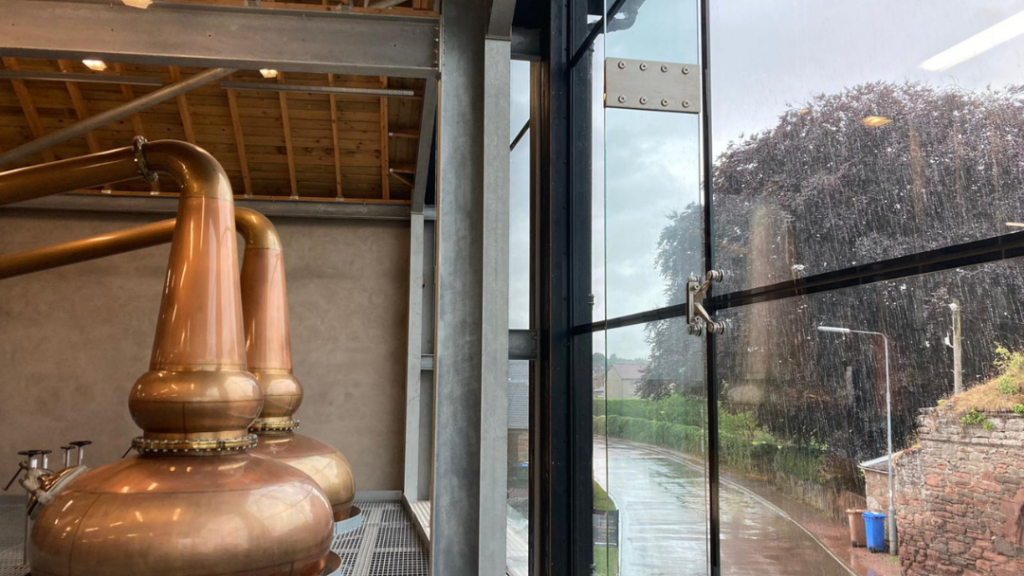 A recent visit to Scotland included a tour around Lindores Abbey Distillery in Fife. A relatively new distillery, founded in 2017, it is referred to as the spiritual home of Scotch whisky. The site and abbey ruins are steeped in history and lay claim to the first written record of whisky production dating back to 1494. Friar John Cor, a monk at the Abbey of Lindores, wrote a letter whereby he stated that by order of King James IV, he was instructed to make "aqua vitae, VIII bolls of malt". Distillation of aqua vitae (meaning ‘water of life’ in Latin) was popular in monasteries at the time and later commonly referred to as ‘uisge beatha’ in Scottish Gaelic. Today, this historic spirit is widely known as whisky. 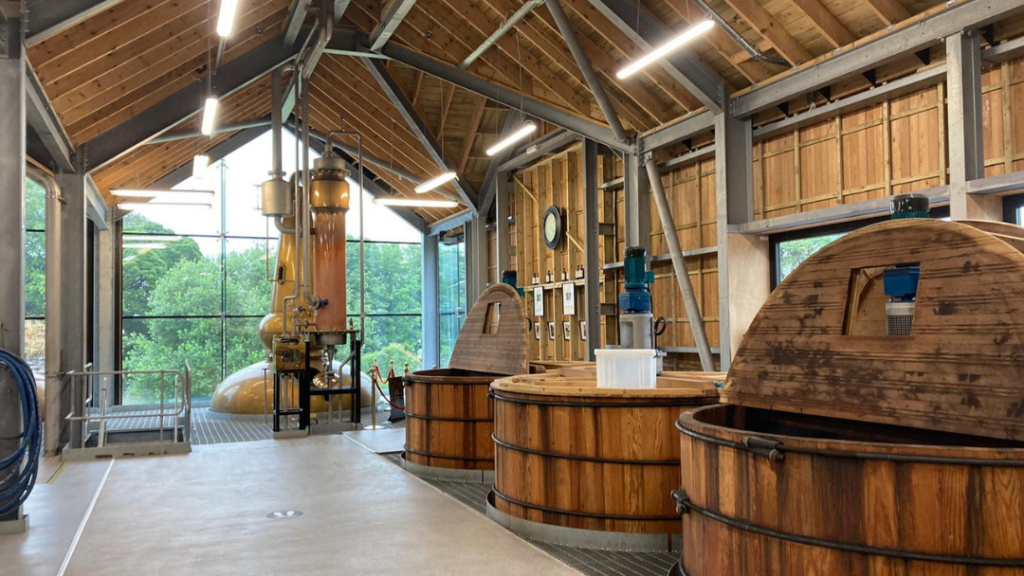 With a modest annual production of 225,000 litres which is set to expand further this year, the family-owned distillery shows clear dedication to heritage and craft. They use local barley grown in the surrounding fields which were under the original ownership of the abbey in the 15th century. This year saw the release of their very first whisky: the Lindores Lowland Single Malt Scotch Whisky matured in a selection of ex-bourbon barrels, ex-sherry casks and ex-wine barriques. A visit to the warehouse gives the impression that the owners are open to experimentation with different types of cask maturation. Among the typical bourbon barrels used in the industry, I also noted an interesting selection of casks of varying sizes from Spain, Portugal, and even Australian wineries. They proudly refer to their cask selection and 'Kingdom of Fife' barley on the label, but notably also their team of 'Lindores people', as well as a thank you to those who have contributed to their story by buying a bottle. A beautifully presented distillery inside and out, when you visit it you instantly feel you are part of their story. The still room has an impressive view which overlooks the abbey ruins and the visitor centre contains local historical artefacts, including some of the original pillars of the abbey. The tour involves a great deal of history too which is what ultimately inspired the building of this new distillery and community at Lindores. In the words of the late whisky writer, Michael Jackson, "for the whisky-lover, it is a pilgrimage". 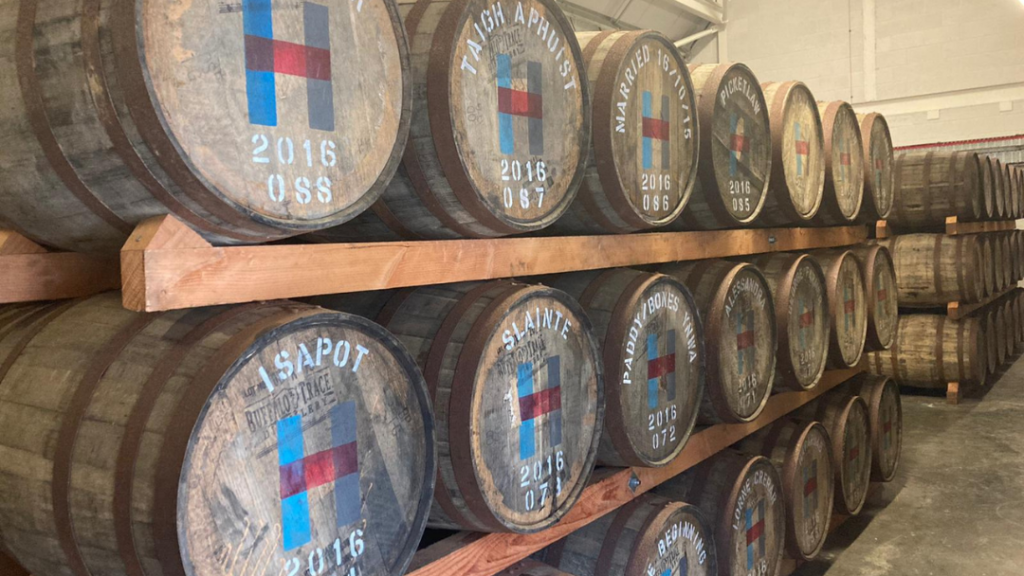 Located in the Outer Hebrides on the west coast of Scotland, the Isle of Harris Distillery was founded in 2014 by a group of investors who shared a passion for whisky, the island community, and the landscape of Harris. Among them, a former marketing director for Glenmorangie who now manages the distillery. The core values behind this unique enterprise represent the rich heritage and warm hospitality of the island. Known as ‘the social distillery’, they seek to employ people with connections to Harris or from the island itself and train them in the art of whisky-making. This brings much-needed employment to a modest island population and it’s beneficial for tourism too. Harris distillery now welcomes over 100,000 visitors a year. 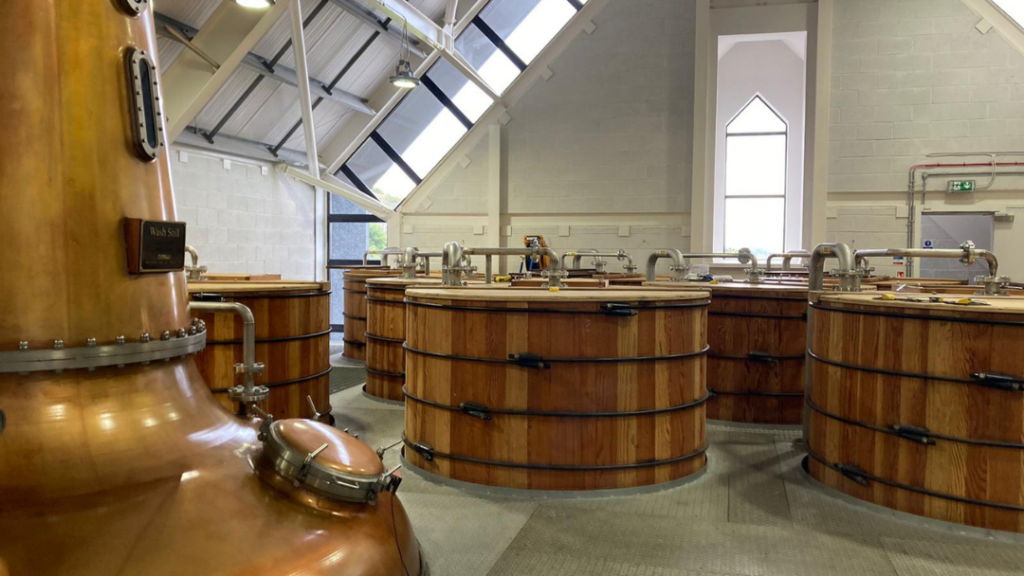 Everything about this community-driven project has been carefully crafted, from the distillery layout to the final product. When you walk into the warehouse, there’s a sense of creativity and individuality as well as a homage to tradition. The casks bear the emblematic Harris logo as well as the hand-written messages and names of the investors who bought the first casks laid down by the distillery. Also in the warehouse is an art installation of staves, another thoughtful addition and dedication to those that helped fund the beginnings of the distillery. I’m proud to say ‘The Mackenzie Spirit’ is engraved into one of these staves! Today the core product is Harris gin; a smooth refreshing gin made from nine botanicals with locally harvested sugar kelp, presented in an iconic bottle that is inspired by the sea. Yet to come, is the whisky - a non-chill filter natural colour whisky which is to be named the Hearach (translating as a person from Harris in Scottish Gaelic). There is no release date yet for their whisky, all we’re told on the tour is that ‘we’re not in a hurry’. In the meantime, you can taste the peated new-make spirit made from concerto barley and at the end of the tour you are offered a dram of Highland Park 12-Year-Old as a nod to the style of whisky the distillery aspires to create.

To find out more about purchasing Whisky Casks and to speak to the Masters themselves, contact the Team today!