From Dram, to Extensive Bottle Collection, to Cask Business - An Origin Story 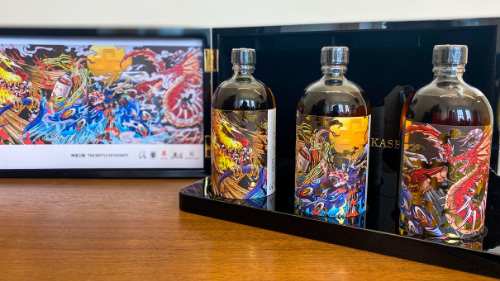 How a passion for his whisky bottle collection inspired a business plan for buying and selling casks...

Little did Cask Trade MD Simon Aron know that a small dram of Chivas Regal with his father would spark a huge interest in discovering whisky, a passion for collecting bottles, and eventually the creation of a marketplace for buying and selling casks.

“My first taste would have been with my father when I was 18 or 19 years old. It was a dram of Chivas as that was what my Dad used to drink, I liked it immediately. I never really liked coke so didn’t drink it with a mixer, although I thought Canadian Club with American Ginger Ale was very nice. My Dad had a habit that before he would fly he would always get a whisky and ginger ale; I remember how he would say to me how sweet Canadian whisky was compared to Scottish whisky and go through the different flavours with me,” remembers Simon.

Fast forward over three decades and Simon has now been running Cask Trade for more than three years. However, it was his passion for collecting bottles that led him here. “I started collecting a series of whiskies called the First Cask. I bought one bottle and the guy said to me we are going to do a whole series of these. I bought the entire collection of 60-70 whiskies. One came out every month, it was an adult collectible much like children would collect magazines or toys,” says Simon who explains each bottle was numbered and from individual casks.

He adds: “I’ve still got every single one, they are in storage. That’s what gave me the taste for collecting. I would buy two bottles of each, one to drink and the other to keep. They were mostly from distilleries I had never heard of.” Bottle purchases led Simon onto distillery visits and tours of Speyside, Islay and the Highlands in Scotland. 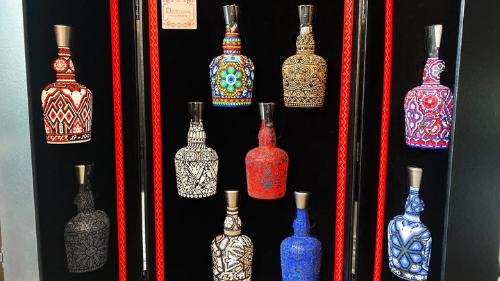 At this time Simon was mainly buying from wine companies and a few shops he knew in London including the Cadenhead’s Whisky Shop opposite Royal Opera House and Royal Mile Whiskies.

Then came the auctions… “I came across the first auction site, which I believe was in Germany,” says Simon, who adds: “I would be watching the auction site, plus eBay; in the early days of eBay you could find some real bargains. You would genuinely get people clearing an old bar out and putting bottles on there and I could get some unbelievably old whisky which was a bargain. It was a wonderful source for whisky.”

Simon explains: “Like any collector, I was always drawn to a series. You could buy one-offs, but I liked a series. As natural as possible, not tampered with or watered down. If I could find natural, cask-strength whisky, that was good, and anything with a number on it I knew was a limited release. I remember buying my first bottle of Signatory and still buy them today. It’s wonderful and I must have hundreds and hundreds of bottles of them. I loved Cadenhead’s, I thought it was amazing whisky and bought one every time they would come out.” 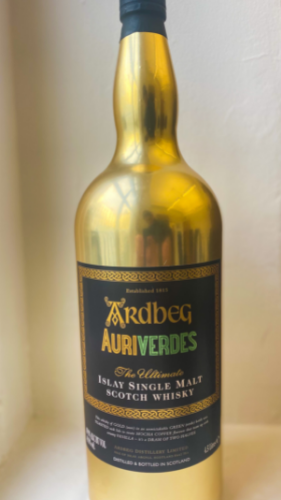 An obsession with collecting

Simon stopped counting when his collection reached 3,000 bottles. Simon explains: “It’s no more of an obsession for me than any other collector. Whether collecting stamps or very old, rare, gold coins. You want to have one of everything in the collection and the ones you don’t have, you know what they are, and you try and buy the whole lot.” As the collection grew, so did his knowledge, and experts wised up to the popularity of creating a series of limited-edition whiskies.

The appeal for Simon was the variety of whiskies that now expanded well beyond Scotland. The intrigue of different expressions or the first release from a new distillery kept Simon’s interest. “There was another series of bottles called Rare Malts curated by Ulf Buxrud. He’s a wonderful guy, and actually a customer. Again, it was an individual series from different distilleries all over Scotland. I started collecting and of course, I was obsessed until I got all of them. It was the most amazing collection curated by Ulf and he picked the rarest of rarest malts. I had to have it,” remembers Simon who says he’s never lost the bug for collecting. 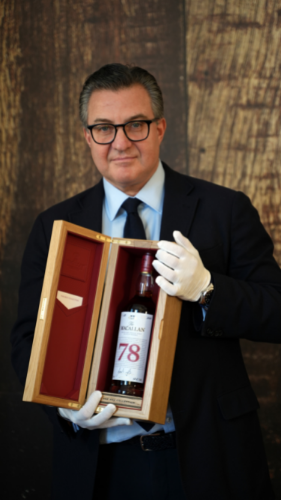 With thousands of bottles in storage and hundreds at his home, Simon began to realise the collection was becoming unmanageable from an administrative standpoint. “On one of my many visits to Scotland, someone said to me if you like it so much why don’t you buy a cask of it? My initial reaction was I didn’t know you could,” says Simon, who explains: “Most people 10 years ago had no idea how you could buy a cask. There was no buying and selling going on. It was a closed market and only people in the industry kind of knew it went on. It was never advertised.”

Simon says: “I started to find out about the movement of casks around Scotland and the fact they are swapped and traded between distilleries all the time. Mainly for blends, which then left odds and sods hanging around after a particular release. These casks were just being stored in the warehouse and people didn’t know about it. Some of the casks didn't fit the flavour profiles, some were too young, some were getting too old, there were loads of reasons.”

“One thing that I learned was how whisky was made. I got to learn about maturation, the whole process. I was interested in every aspect and fascinated by how whisky could just sit in wood and come out tasting great. Wow, that was unbelievable to me. When it goes in, it tastes like this, and when comes out, it tastes like this. It’s not like a production line, you just never know how it’s going to taste,” explains Simon. But Simon soon discovered collecting casks back then wasn’t as straightforward as buying bottles of whisky.

“When I decided to curate and check my cask portfolio I discovered most of the casks I had bought weren’t in my name, not stored in the right warehouse, some didn’t even exist. Basically, it was a mess. I would go to Scotland to visit my cask and the company would tell me it was at one location and it wasn’t there at all. The company didn’t know where it was. On one occasion the cask had been sold to someone else, I didn’t own it and I had paid £30,000. I spent 12 months trying to sort out almost 50 casks,” says Simon. 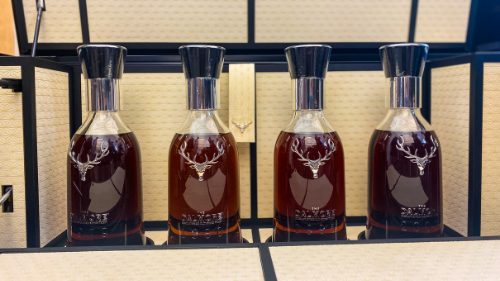 In his early career, Simon had created a marketplace for computer spare parts, and he knew this model could be replicated and built into a cask whisky business in which he could thrive and enjoy. Simon says: “Well it was the easiest business plan I could write. To do everything for new customers of casks so they could avoid what I had to suffer. And it really started by doing everything correctly. Setting up a registered company in the UK, getting all licenses so we were starting from a good point, a computer system where we could catalogue all the casks, look after them and manage them. All of that was done from day one.

While it sounds very simple, other people didn’t do this, they were just selling a commodity,” says Simon, who continues: “The one thing I always knew is that I didn’t want to be a broker because you don’t have full control. You have to own the stock in order to check it and the main cause of my pain was the brokers, who were selling someone else’s stock. I had 101 different reasons to do things in a different way.”

Like with any investment, the exit points need to be transparent, and Cask Trade offers multiple options including selling casks to be bottled. “I see casks something you have to buy back and sell again, or bottle. I always knew a key customer base would be the bottlers. The independent bottlers that existed then and still exist today are the ones who really got me involved with collecting whisky. They opened my eyes to unknown little distilleries, they were brave at releasing unusual casks, bold with different flavour profiles and finishes. I always knew I could sell to them, and I feel so proud I can work with the independent bottlers that got me into the industry in the first place. Of course, the distilleries are amazing, I love them. It’s a combination of the bottlers and distillers that spread the love of whisky-to-whisky lovers like me,” explains Simon.

As for his enviable collection, Simon has never sold one single bottle. “I have opened a load and will always do so. I have gifted and shared hundreds of bottles, which has given me great pleasure,” says Simon, who adds: “One day I might even find a space I can put them all on display.”

To find out more about purchasing Scotch Whisky casks, contact the Masters today.