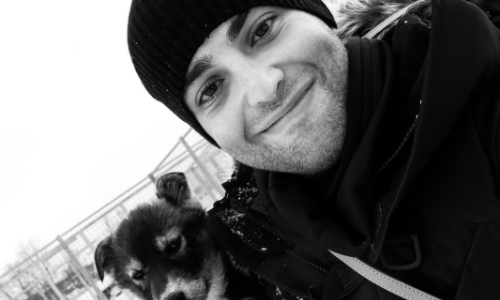 It’s fair to say that Coby Bull is one of life’s great adventurers. His inspiration was compounded after being diagnosed with Crohn’s disease at age 19. He made a promise that not only would he recover from the disease, but he would live life to the full by setting himself a challenge each year to raise money for charity. These adventures started with spending three months in Thailand learning Muay Thai (Thai Boxing,) and then cycling the 330 miles from London to Paris on an old second-hand bike. The gruelling London marathon was particularly tough, as was climbing a frozen waterfall in Utah. Possibly the most dangerous challenge to date was swimming through the shark-infested waters from the old Alcatraz prison island across San Francisco Bay. 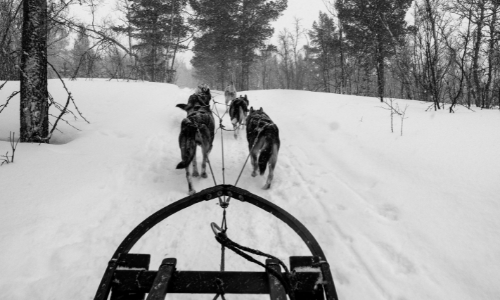 Sweden to Norway by Dog Sled All these incredible feats though were no match for Coby’s latest challenge – crossing Lapland on a sled pulled by huskies. The temperature was going to be a ‘mild’ -20c with heavy snow, ice, and wolves - all part of the fun...! The distance covered on the challenge would be 300 miles, across the top of Sweden into Norway, in just five days. He would be living like a Laplander - building tents in the snow, open fires for cooking, and ice fishing on frozen lakes, plus the not so easy task of looking after a team of huskies. Coby’s wife on the eve of the journey helpfully pointed out that "You get cold in the house with the heating on! How are you can survive -20c?!" Even he was having second thoughts about this one...   The charity Coby was raising money for was CHAI Cancer Care, an organisation close to his heart. Cask Trade is one of his key sponsors providing him with a very high-tech Arctic survival jacket (from the specialist Shackleton store on Regent Street no less), plus some of his other equipment. All kitted out, the next stop was Sweden for some training on how to survive in the Arctic Circle and how to control a team of huskies on a sled. This was when he truly started to appreciate what he was taking on! 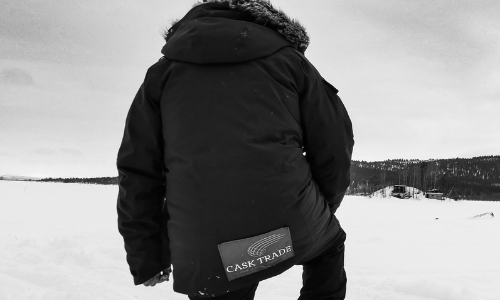 A Summer Tent in Freezing Temperatures  After training and winning over (bribing with snacks!) the affection and loyalty of his new team of huskies, the adventure finally began, with the first 50-mile leg of the journey through forests and across frozen lakes. Some of the initial perils to deal with were low-hanging branches and of course, the freezing temperatures. Setting up camp on the first night proved to be a major obstacle as the snow was waist deep and the hands didn’t work so well being frozen, especially with three pairs of gloves on! These relatively minor inconveniences were cemented when they realised that the tents packed for them were of the summer camping variety. Maybe ok for a weekend at Glastonbury but not so good for the bitter harsh climate up in the latitude of 65 North! 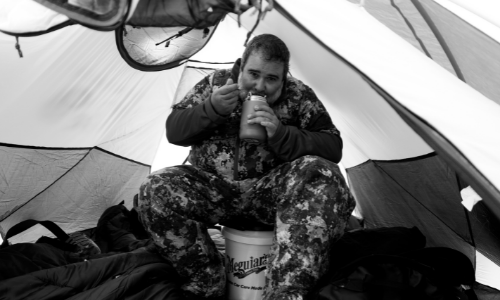 The next day waking up frozen solid consisted of another 60 miles of sledding through the snow, helpfully fortified by a flask of cask strength Glenallachie 18-year-old (possibly the most important donation from Cask Trade!), before finally setting up camp. The plan then was in true Laplander tradition to go on an ice fishing expedition to provide some extra valuable protein...The number of fish caught – 0. He quickly realised he was no Laplander, and the weather was closing in! 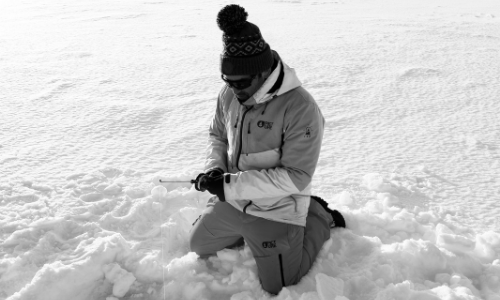 Total Whiteout  The following day proved to be particularly challenging as the weather certainly took a turn for the worse, with the temperatures plummeting and the snow so thick that the conditions were a whiteout. He could only see a few feet in front of him! This was not only scary but incredibly dangerous also. Coby said this was the toughest day, as progress was also painfully slow at about two miles per hour, and that he was so cold that he had to hold onto the sled with his elbows, as his hands wouldn’t function. Then, two of the huskies deciding to have a scrap just added to the fun. This was certainly not needed as he was now completely reliant on the dogs bringing him to safety. There were certainly moments on this day when he thought he wasn’t going to make it. Thankfully, he eventually made it to camp and collapsed with exhaustion in his tent. The next day was a godsend as the weather had cleared and the sky consisted of brilliant sunshine. Progress was good as the huskies bounded across the frozen landscape towards Norway and civilization. He was getting closer… 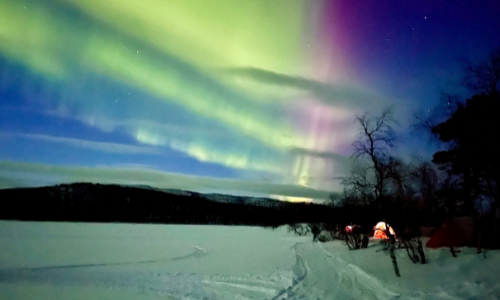 Challenge Completed  Two more days of being frozen, awful boil in the bag food, and all the other discomforts that accompanied him on this epic journey were still to come, but the motivation was high and it was an emotional moment when his sled finally pulled into the Norwegian husky station. He had done it! The toughest challenge to date completed. A night at the Ice Hotel beckoned. Never had the spartan accommodation seemed so luxurious. Internet,  a hot shower, and a warm bed. Pure indulgence! The next day he would be back in London with his wife and Enzo his golden retriever. He had survived.  All of us at Cask Trade are so proud of Coby’s achievements, his determination, and refusal to quit when the going gets tough. He is certainly an extraordinary guy.  To date, Coby has raised £20,000 for CHAI. You can still contribute to Coby's fantastic cause by heading to his Just Giving page. 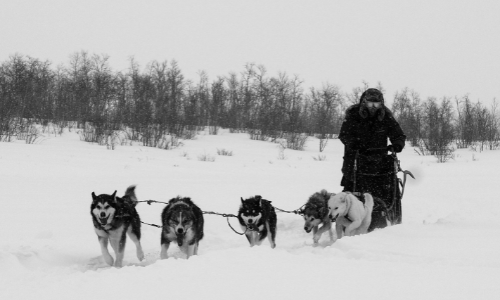